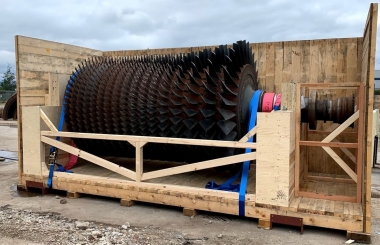 Barking Power Station used to be a series of power stations in East London. After the demolition of the coal-fired stations in the eighties, a gas-fired station was commissioned between 1992 and 1995. However In 2014 the operator decided to close down this station as well, being no longer being profitable due to the significant rise in the price of gas. The demolition started in 2018, but the gas turbines were to be saved for reuse. 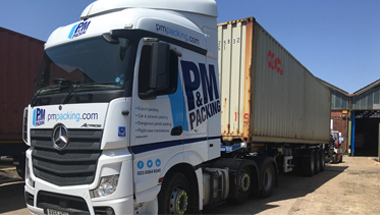 P&M Packing is now utilizing its own HGV transport for the shipping of containers between our site in Eastleigh and Southampton Docks. These Tractor Units have been introduced to facilitate the timely delivery of containers to the port, in response to the rapidly increasing business in caravan and vehicle packing. 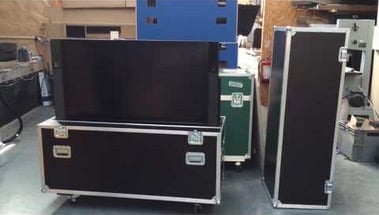 Our motorised flight cases are offering support to a variety of industries including education, sports, music, conferencing & exhibition to name just a few. Adaptable to take various displays from 32" through to 84", we have provided cases to house Microsoft Hub, Ricoh, Viewsonic, Clevertouch, InFocus and Philips displays among others. 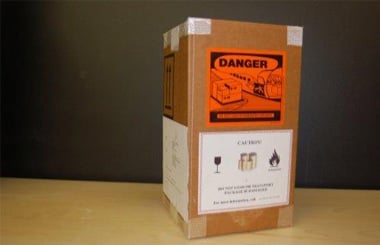 A new regulation from the International Civil Aviation Organization’s Governing Council comes into force on 1st April 2016, banning all shipments of Lithium-ion batteries as cargo on passenger aircraft. 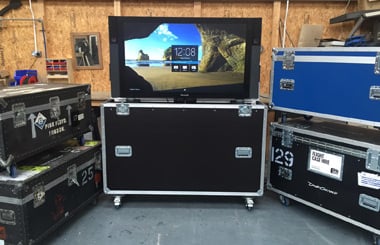 P&M Packing was chosen by Microsoft to design and build a completely new type of flight case for the IT giant’s new Surface Hub. It was vital that the demonstration units were not only protected on their extensive travels but also presented professionally at each venue.

P&M Packing’s flight cases were chosen by David Gilmour, the Pink Floyd guitarist, to protect his equipment on his recent South American tour. 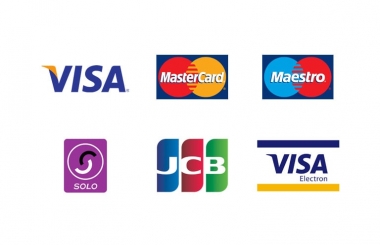 At P&M Packing, we are always striving to make life – and especially business – as easy as possible for our clients. To this end, we have recently extended our range of payment options to include credit and debit cards.

P&M Packing was recently asked to consult on the transportation of a foil for a hydrofoil from Dover to Australia. The foil was 4.5 metres long by 6.5 metres wide, and, after analysis, it was decided to manufacture a special base to ensure its stability in transit.

P&M Packing has recently packed Skyfleet S570, the plane used in the 2006 film, Casino Royale. At 4 metres long, with a similar wingspan, the model needed careful handling and packing in bespoke bases and cradles for its transportation by road from the Beaulieu National Motor Museum to London.

All the comforts of home

P&M Packing has recently fitted out two large flight cases as a mobile office and a mobile canteen for Ericsson Television to use when they arrive early at an exhibition site with few or no facilities.

Click the button for a confidential and no-obligation quotation

This website uses cookies to give you the best possible experience. If you continue without changing your settings, we'll assume you're happy to receive our cookies. You can change your cookie settings or find out more at any time.